Walton celebrates its heritage with a day of family fun

Visitors flocked to Walton-on-Thames on a beautifully sunny Saturday to enjoy a whole day of activities as part of the annual Walton Heritage Festival with the Rt Hon Dominic Raab MP and Deputy Mayor of Elmbridge Cllr Simon Waugh amongst the guests.

Following a break due to covid restrictions in 2020, the popular community event returned on Saturday 18 September with a host of family fun across various locations in the town celebrating Walton’s heritage and connection with its lifeblood the river Thames, as well as raising vital funds for local causes.

Organised as part of the national Heritage Open Days initiative, the day kicked off at St Mary’s Church where brave participants dared to take on the rare opportunity to abseil down the church’s historic bell tower. Each of the fearless abseilers descended the 60ft tower helping to raise money towards the Church’s ongoing community outreach activities. St Mary’s had also opened their doors to showcase the local parish records, allowing visitors to delve into their family history.

Over in Bridge Street, the fun of the fair was in full swing with children’s rides, free face painting and balloon modelling whilst Radio Wey provided music and commentary, and the sweet smell of candy floss filled the air.
A collection of over 20 stallholders made up of local artists, food traders, and community organisations including the Walton & Weybridge Amateur Operatic Society, Rotary Club and Sunbury & Walton Sea Cadets offered fete-style games and activities such as hook-a-duck, sand art and a tombola. 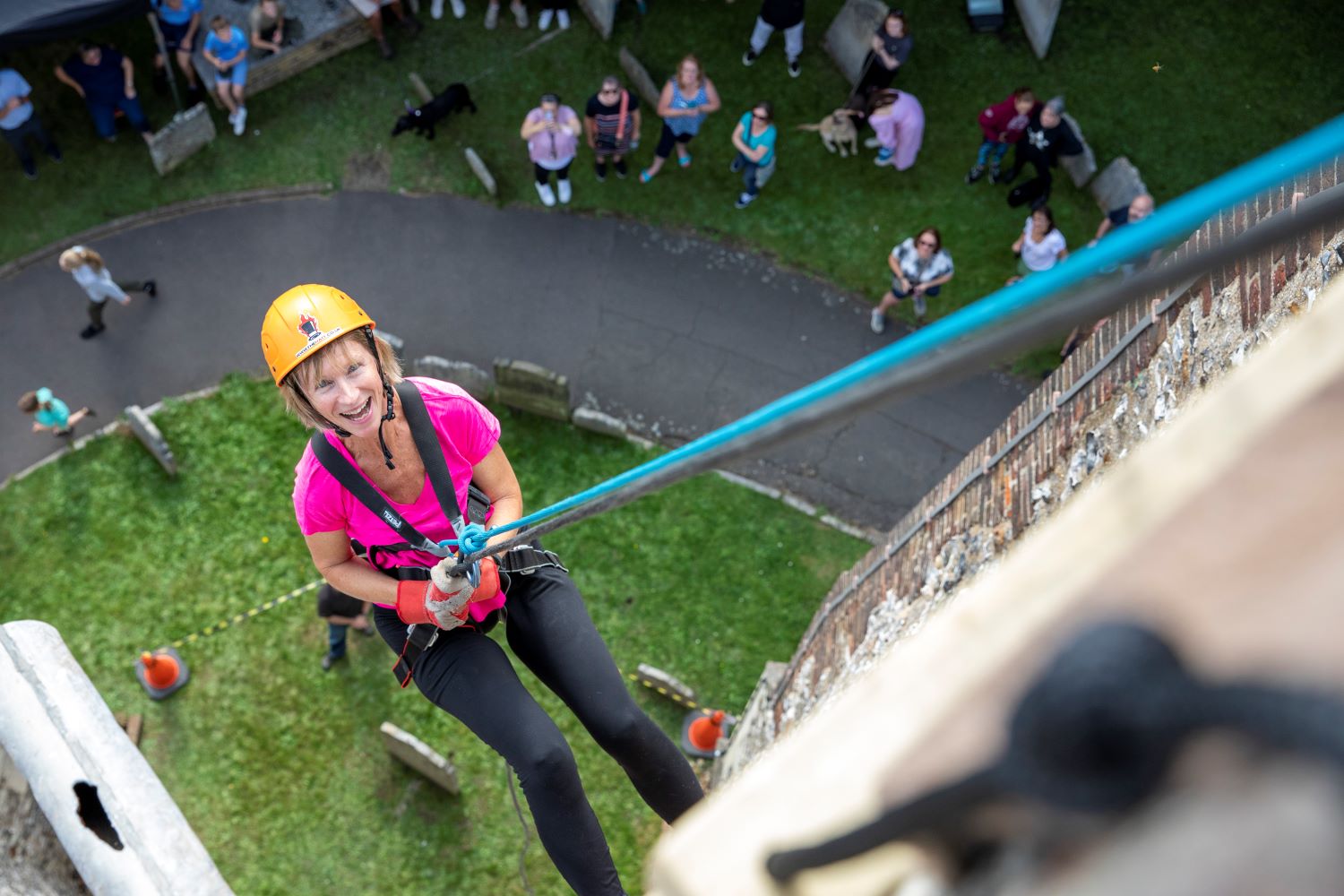 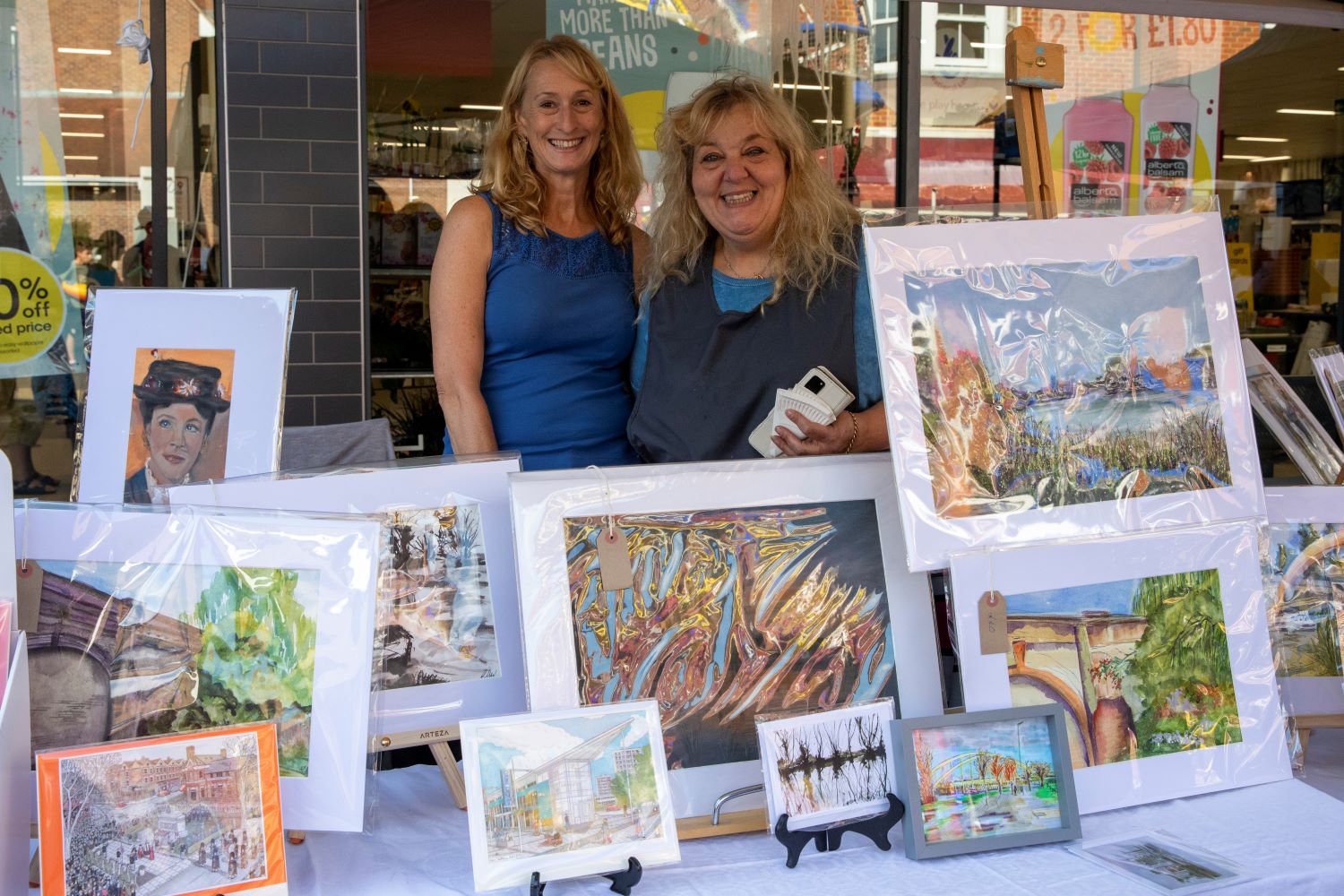 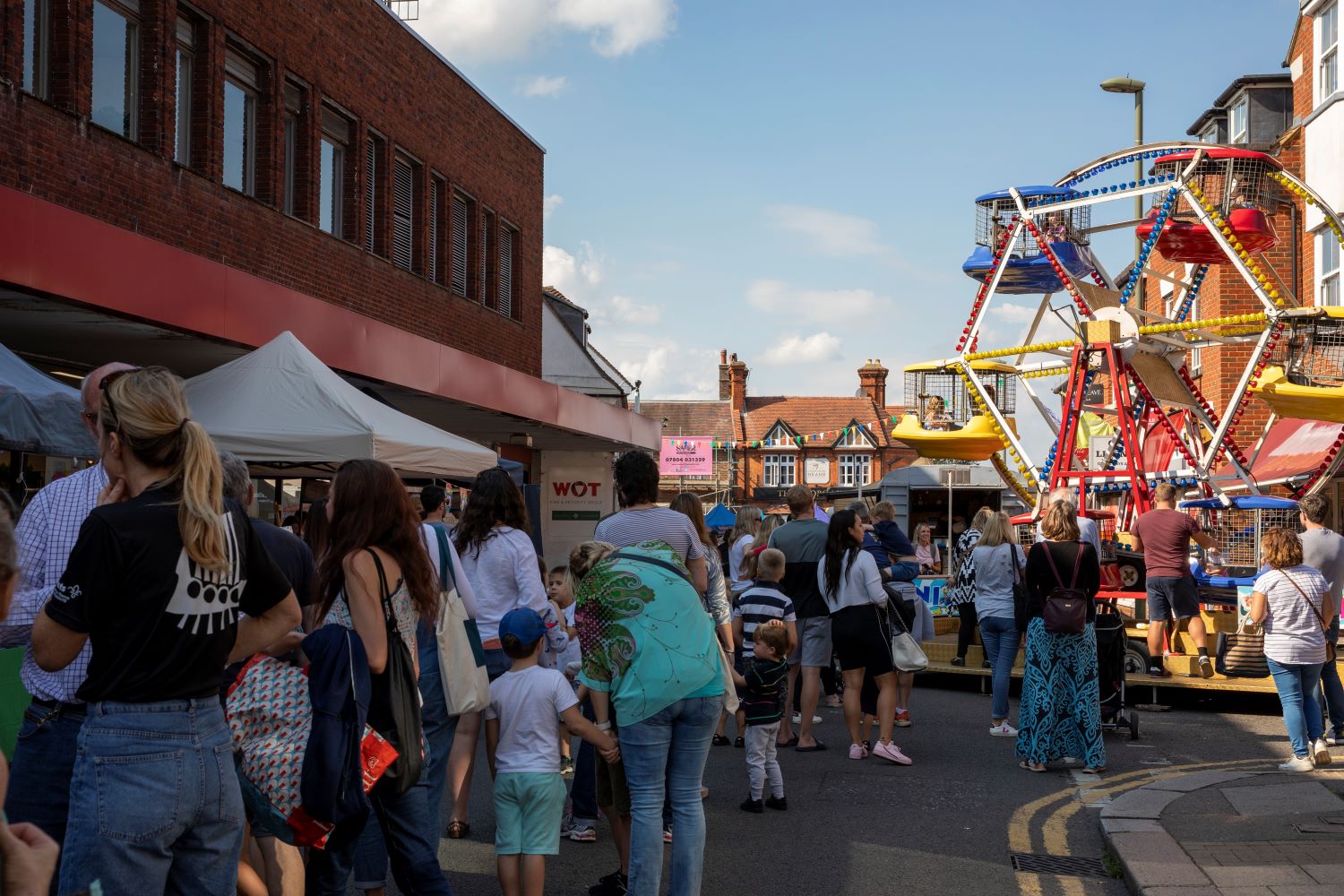 Just after midday, Deputy Mayor of Elmbridge Cllr Simon Waugh took part in the parade along with Walton Sea Cadets down to the riverside at Walton Wharf where yet more activity was underway. 1st Walton Viking Sea Scouts put Walton’s canine community through their paces with a fun dog show, Blue Chip SUP School were giving demonstrations and taster sessions to learn paddleboarding and the Sunbury and Walton Sea Cadets were offering short boat trips along the peaceful River Thames.

In homage to cinema’s forgotten pioneer Cecil Hepworth, the iconic Hepworth Playhouse, the last-standing section of the Hepworth Film Studios, opened their doors to show various black and white classic films that had been made at Walton’s Nettlefold Studios courtesy of Talking Pictures TV and Walton & Weybridge Amateur Operatic Society. Whilst at Riverhouse Barn Arts Centre, visitors were treated to live music, artists stalls and eco-friendly craft workshops. 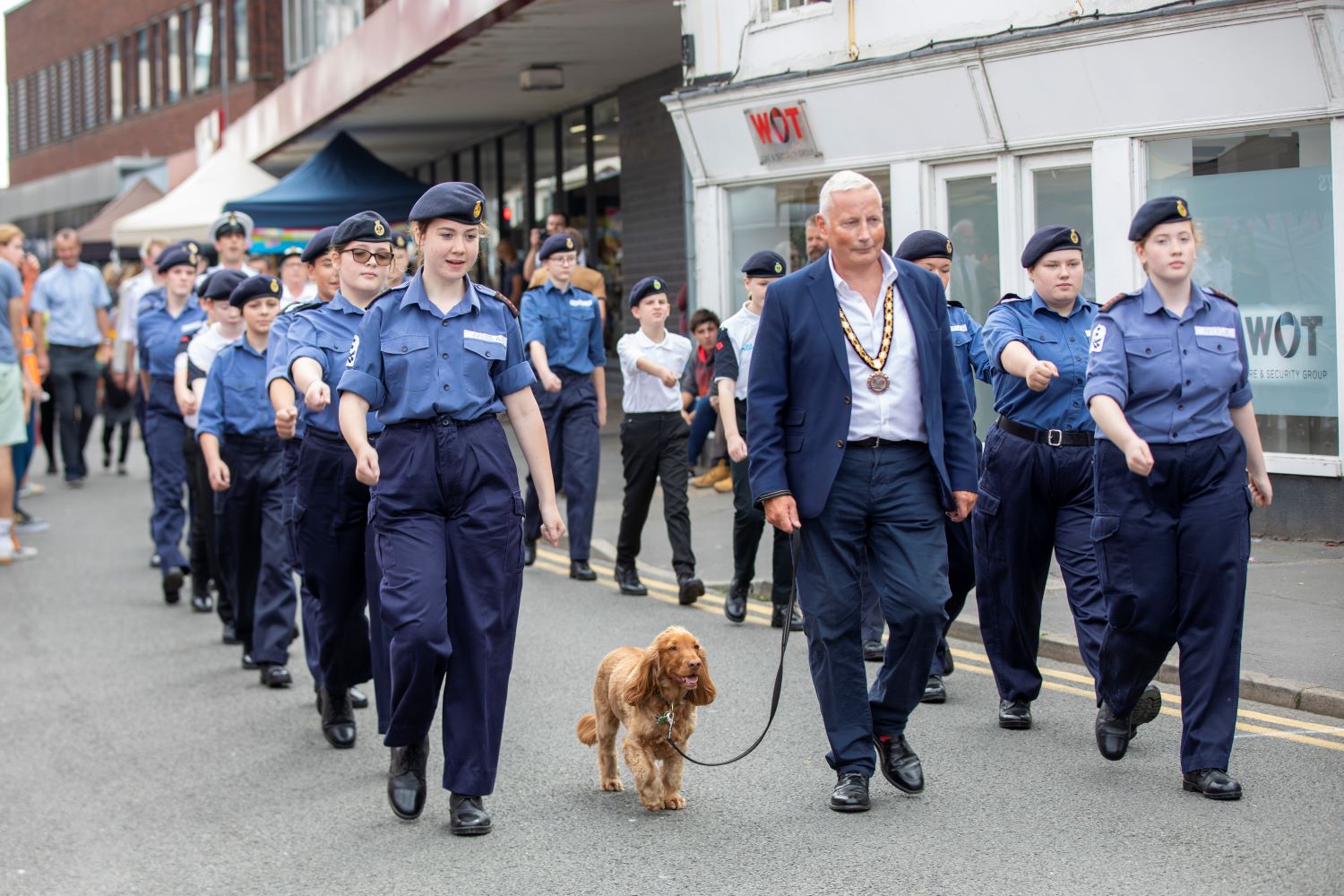 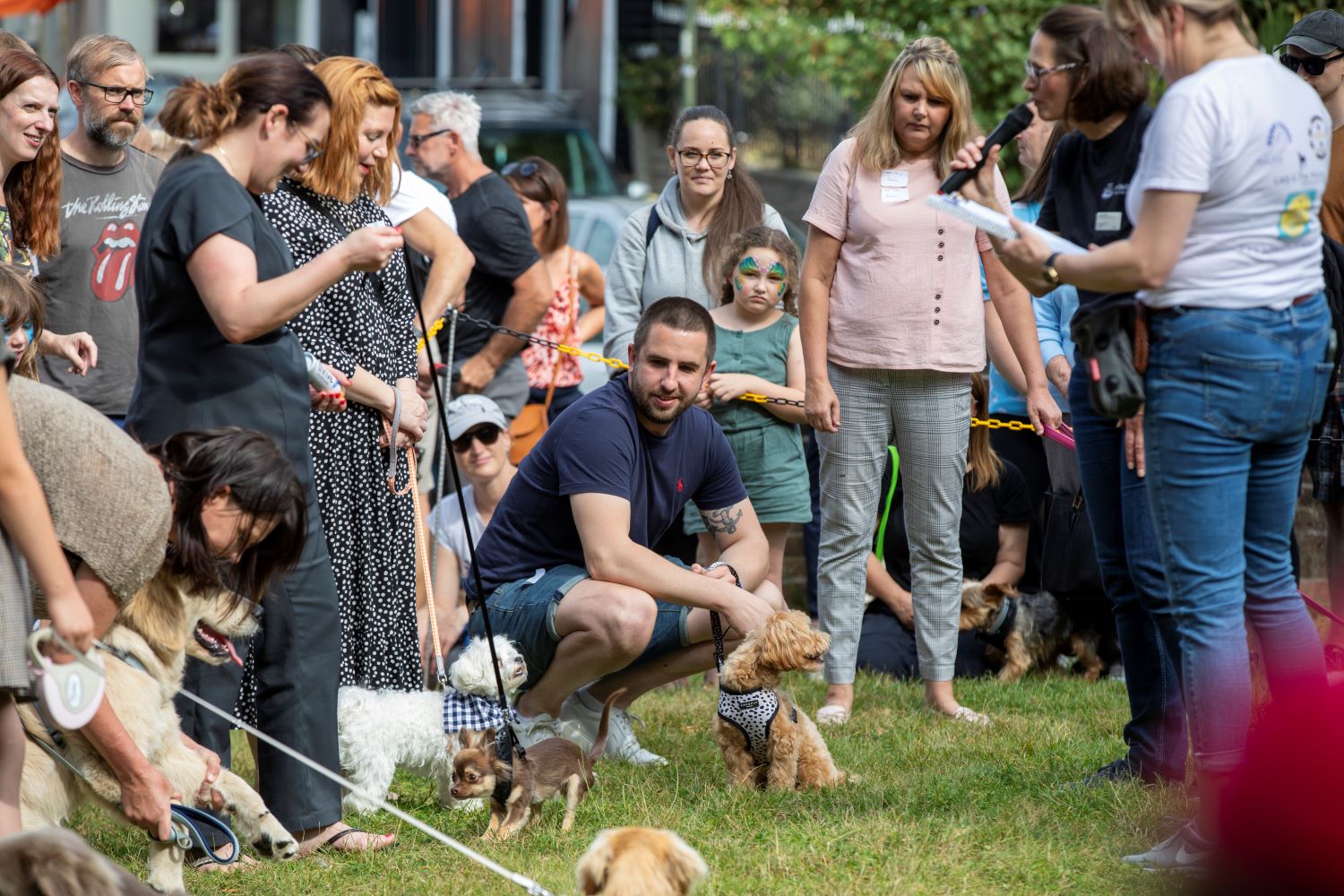 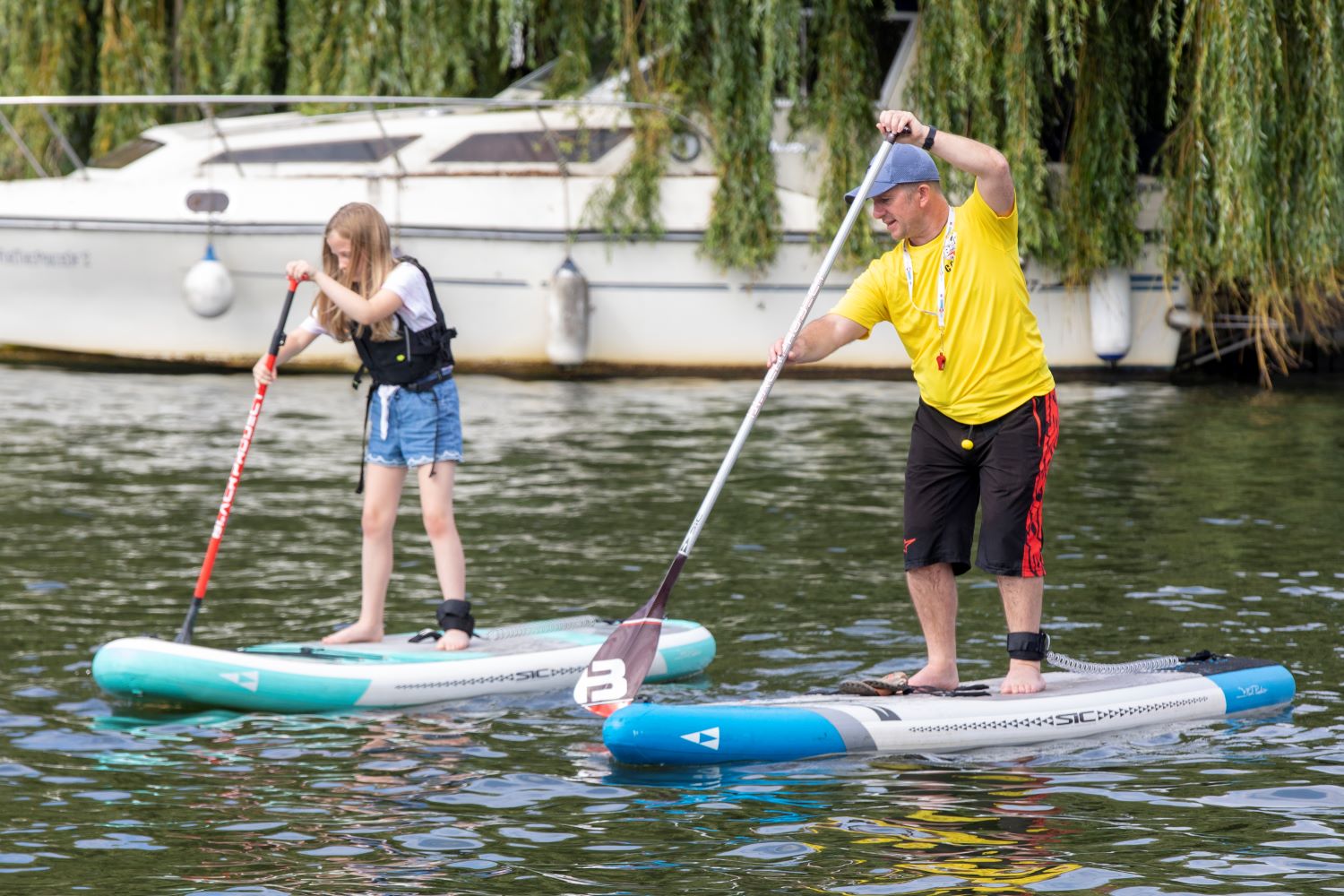 Later in Bridge Street, crowds gathered to see who would take the crown as Walton’s Strongest in the annual Truck Tow competition. That title was earned by Livermount Ladies Pullers who managed to pull the 4.5ton truck over the 15ft distance in just 17.1 seconds!

The festivities came to an end as Prospective Parliamentary Candidate Monica Harding helped to release 800 plastic ducks onto the river to launch the Walton Duckathon! At a somewhat slow pace, the ducks cruised their way (eventually) passed the finishing line with cash prizes awarded to three lucky winners whose ducks finished first. Money raised from the Duckathon was split between 1st Walton Viking Sea Scouts and The Mayor’s chosen charity, The Grace Dear Trust.

The Walton Heritage Festival was organised by the Walton-on-Thames Trading Alliance (WoTTA) along with help from an army of volunteers and community groups and including the new Walton Business Improvement District (BID) who funded the event.

The Rt Hon Dominic Raab said “Walton Heritage Festival is always a terrific local day. After the cancellation of last year’s event, it was particularly important to bring the community together to celebrate and promote everything Walton has to offer.

“My thanks to the Walton-on-Thames Trading Alliance for organising the day, and the new Walton Business Improvement District for their support.” 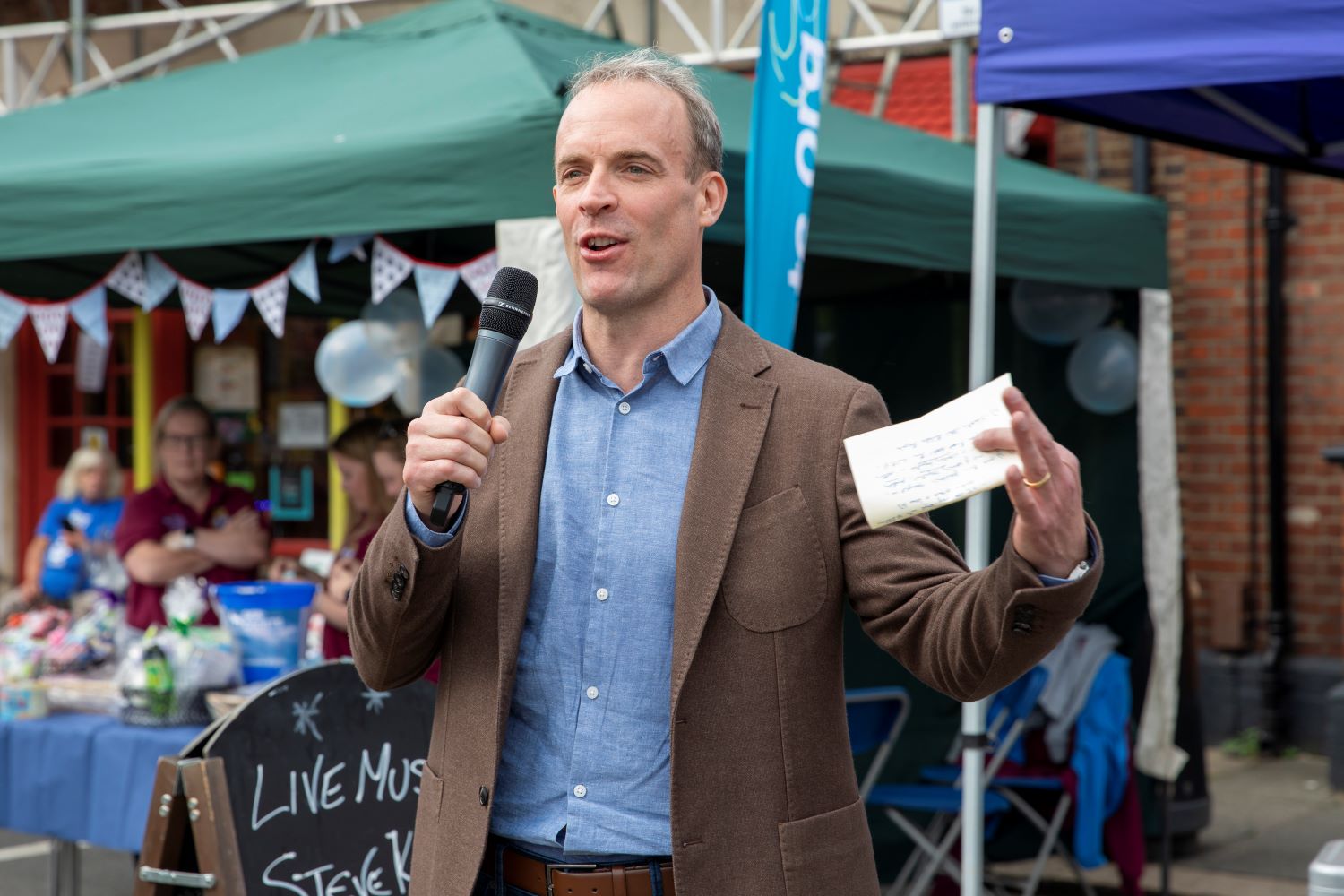 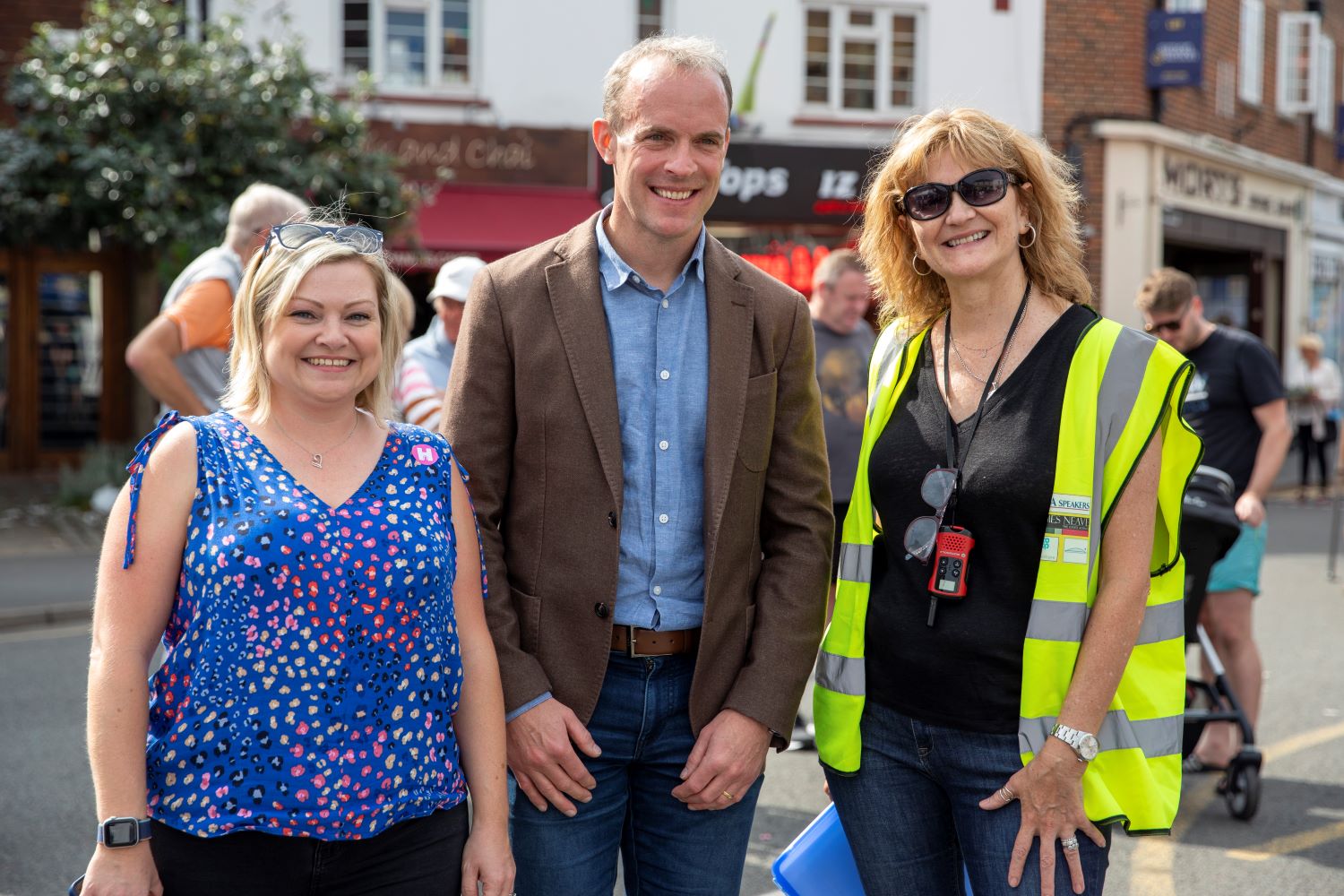 Kelly Bliss, Walton BID Manager said “It’s been fantastic to see so many people out enjoying themselves and events like this are vital for the town. It gets people talking, exploring and helps show off all the fantastic things Walton has to offer. This event wouldn’t have happened without the help of everyone at WoTTA, so a big thank you to Joanna Gordon and all the team as well as the other community groups and organisations whose kindness and generosity has made this day such a success.”

Joanna Gordon, Managing Director of WoTTA said: “So lovely to be able to run an event in Walton again after such a long gap, and to see the town come out and support us, enjoying everything that took months of planning. A huge thank you to everyone on the team for all their hard work. Good luck to BID manager Kelly Bliss, taking over this event moving forward. Everyone at WoTTA is delighted that with the BID in place the future of town events like this are secure.”